New Portainer CE and BE 2.13 - with Kubernetes provisioning

Portainer version 2.13 includes a number of changes and updates from previous versions as well as some new Business Edition-specific features. For a full list of changes, please refer to our release notes.

One of the most exciting new features in 2.13 is the ability to provision Kubernetes environments on cloud providers directly from within Portainer. With a couple of clicks, you can spin up a Kubernetes environment in the cloud right from Portainer itself, automatically deploying the Portainer Agent to the new cluster ready for you to manage.

In this release, we're supporting provisions on Civo, Linode and DigitalOcean, with more providers to come in the future. You can learn more about cluster creation in this blog. 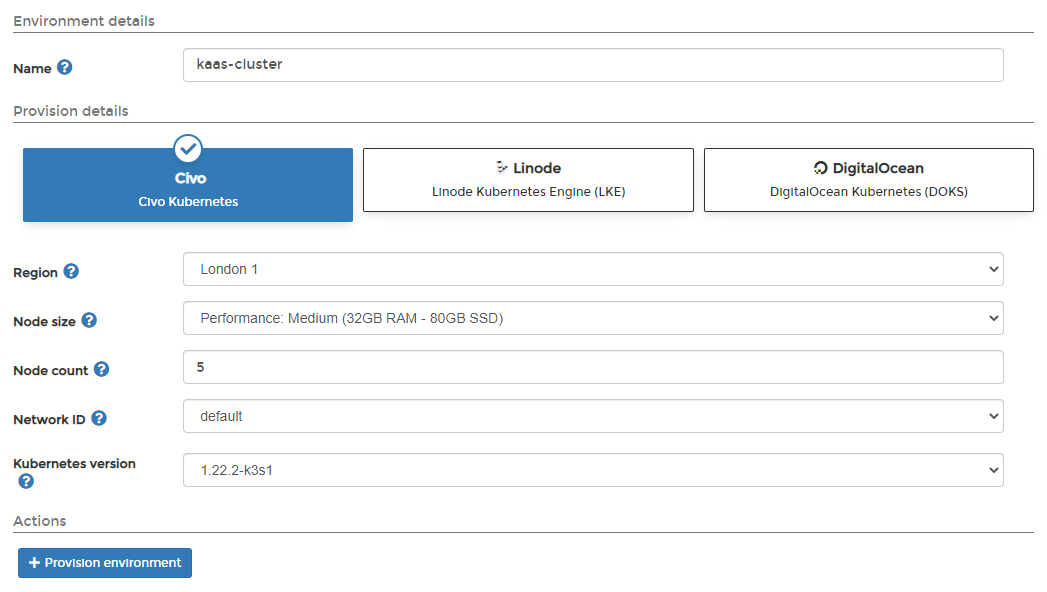 Version 2.13 marks the first time we are releasing both Business Edition and Community Edition at the same time. This is part of us streamlining our release process, and you can expect to see concurrent releases like this going forward.

As you add more environments to Portainer, the list on the home page may grow. To help with this, we've added filtering options to the home page. With these you can filter the list of environments displayed by platform, status, tags and groups, making things a lot easier to find.

Registry browsing has been a popular feature of our Business Edition, and in 2.13 we've expanded the access to this feature to non-admin users. Users will only be able to see and browse registries that they have been assigned by admins, and they'll only be able to interact at the level of access they've been given by their role (for example, read only users will have read only access to the registry).

The Edge Agent Waiting Room functionality lets you pre-load Edge devices with a script to deploy the Edge Agent and connect back to the Portainer Server without having to pre-configure the environments in Portainer. Newly connecting devices go into a "waiting room", where an admin user would approve or deny those devices connecting to the environment. This is extremely powerful if you're deploying a large number of devices and aren't able to manually configure each one when they're connected for the first time.

You can read more about this feature in our accompanying blog post.

BE 2.13 adds support for private registries to our Edge Stacks functionality. This lets you deploy stacks on Edge devices from sources other than Docker Hub, including your own company registries set up within Portainer.

On the security front, we've improved security for Portainer's internal authentication method by requiring that you use strong passwords for your users. Passwords will need to be at least 12 characters, and include at least three of the following four character types:

If you're upgrading Portainer and your existing passwords don't meet this requirement, you'll be prompted to change your password when you first log in after the upgrade.

We've also spent some time updating our third-party dependencies within the Portainer image to resolve some reported CVEs, and we'll continue to keep an eye out for these in the future, updating the dependencies as needed.