Portainer 2.14 - now with Kubernetes provisioning on EKS, GKE, and AKS

Portainer version 2.14 is now available in both Community Edition and Business Edition. It includes a number of changes and updates as well as some new Business Edition-specific features. For a full list of changes, please refer to our release notes.


In 2.13 we introduced support for provisioning Kubernetes clusters directly from Portainer on Civo, Linode and DigitalOcean. In this release, we've expanded that even further to include Amazon EKS, Google GKE, and Azure AKS. We've also refreshed the cloud credentials interface as part of this work, as well as updated our documentation with examples of how to retrieve the necessary credentials for specific providers.

We've long supported deploying the Portainer Agent to existing Kubernetes environments, but with 2.14 we've made this even easier with the ability to import your kubeconfig file directly into Portainer, and have Portainer automatically configure access and deploy the agent for you. This works with both cloud providers and on-premise Kubernetes installations.

Version 2.14 adds a new column to the containers, stacks and services listings which will let you know whether an image used is up to date or if there's a new version available. This lets you easily tell which containers, stacks or services you need to update.

App Templates are a powerful feature for system administrators, letting you set up templated applications for users to easily deploy. In 2.14 we've extended our custom templates to let you easily create tags within your templates that a user can later fill in when deploying the template, allowing for much more customization of the individual deployment.

Along the same lines as the custom templates changes, we've also added support for environment variables to be passed over webhooks in 2.14. Using this, you can customize your triggers to provide custom information to Portainer that it can use alongside the redeployment.

We've spent some time reworking our existing Team Leader role in 2.14, fixing a few bugs and expanding the capabilities of the role. Team Leaders can now add and remove members from teams as well as promote members to co-team leaders.

In 2.13 we introduced password strength requirements to Portainer. In this version, we've taken on the feedback that you've provided and made these requirements adjustable by administrators. An admin can now set the minimum length required for a password, and users that don't meet the requirements will be asked to update the passwords when they next log in, with the option to defer the change a couple of times before being required to make the change. We also removed the complexity requirements and just restrict on length.

We've updated a number of our third-party dependencies in this release, including docker, docker-compose, helm and kubectl. One specific thing to note is that this adds docker-compose version 2 support to Portainer. 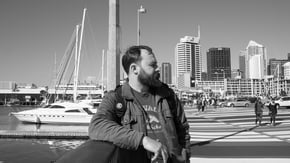 New Portainer CE and BE 2.13 - with Kubernetes provisioning

Portainer version 2.16 includes a number of new features, fixes and updates. I've outlined the big ones below.
Start Reading