A brief overview of the how Portainer works under the hood. 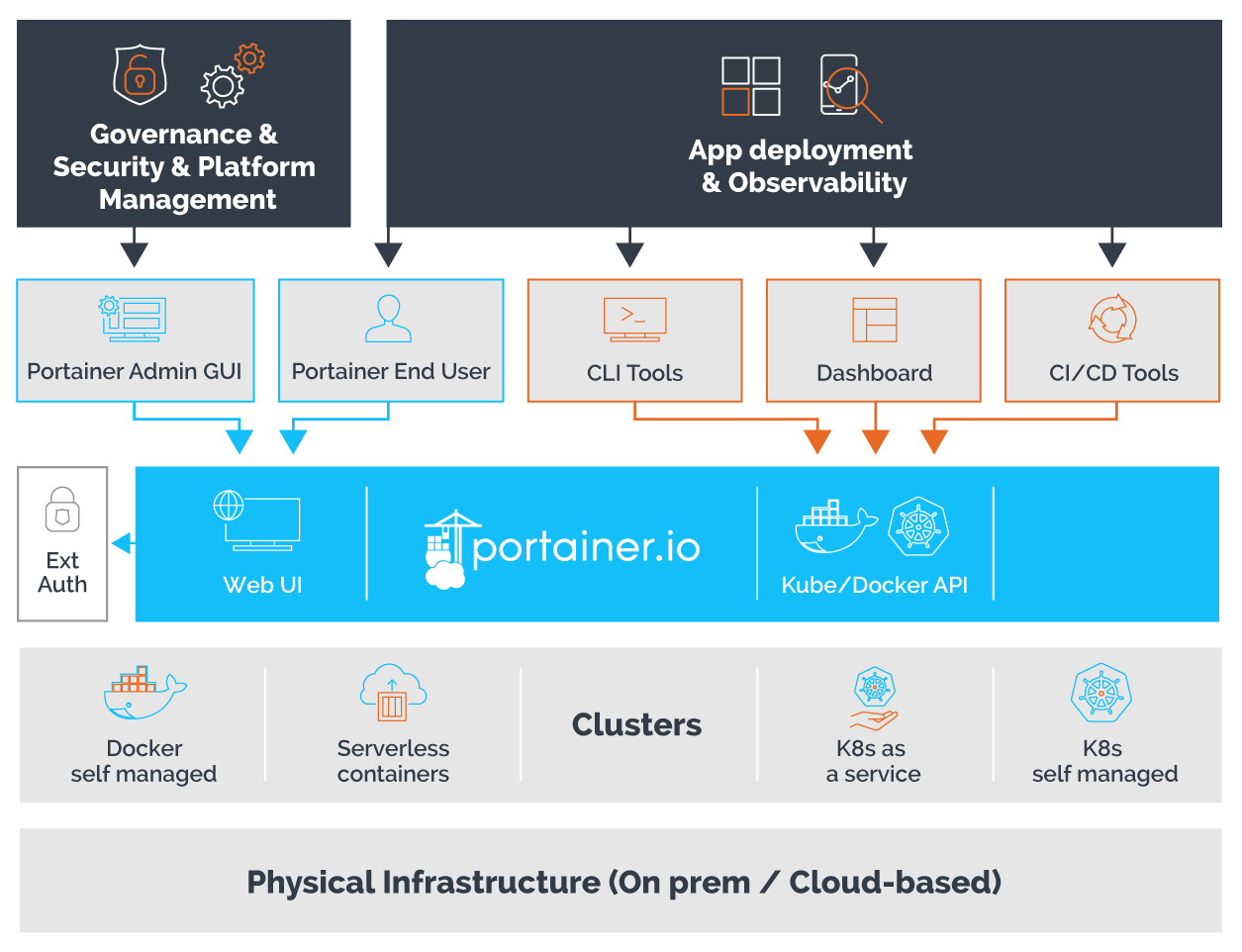 The Kubernetes compatible API, which is part of both Porrtainer CE and Portainer BE, allows Portainer to be used as the security conduit between third-party developer tools and clusters. It enables developers to use any tool they look whilst having their access permissions managed by Portainer.

For more detailed information on the platform architecture visit our documentation site.

Portainer is a ‘universal’ service delivery platform for containerized applications. It can be deployed inside any Kubernetes, Docker or Docker Swarm environment and, once deployed, can be used to simplify deployment of containerized apps, triage performance problems and manage platform governance. Portainer can be deployed on-prem, in the cloud, across hybrid cloud and at the edge, uniquely giving users visibility of multiple container environments through a single interface.

Portainer is distro-independent and thus does not allow you to create clusters however that process is getting easier thanks to bootstrapping tools. Of course, cloud providers make this process completely invisible, which explains why we’re big fans of cloud providers like Digital Ocean

For more on deploying the Server and the Agent view our install documentation.

Portainer is accessed through any web browser over HTTPS. Role permission are all controlled via the fully integrated RBAC engine to ensure no one gets access to functionality they shouldn’t have. Portainer CE supports basic RBAC with 2 roles and Portainer Busines Edition supports a far richer set of roles.